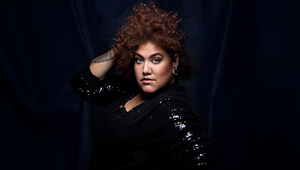 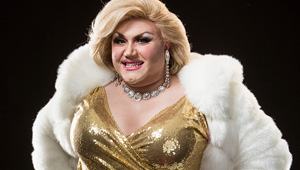 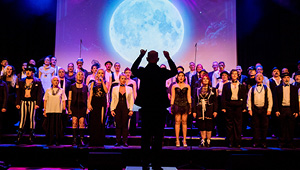 The Sydney Gay & Lesbian Choir is joined by singer-songwriter Casey Donovan and international queen of cabaret Trevor Ashley for a night of fabulous, show-stopping performances.

A powerful symbol of diversity, inclusion and harmony, the Sydney Gay & Lesbian Choir has maintained a vital and visible presence in the history of Sydney’s LGBTQI community. With a repertoire ranging from classical to pop, and from music theatre to contemporary Australian compositions, the choir has provided the soundtrack to countless community events and celebrations over the years, and has regularly represented Sydney on the national and international stage.

Multiple award-winning Indigenous star Casey Donovan is one of Australia’s most versatile entertainers. She recently starred in the national musical production of Chicago, won the Eurovision Australia Decides 2020 public vote for her song “Proud”, and can be heard on Spotify with her NOVA Podcast The Space. At the age of 16, Casey became the youngest ever winner of Australian Idol in 2004, going on to make her mark not only as a musician, but as a stage and screen performer, presenter and writer.

Trevor Ashley is one of Australia’s most sought-after and successful performers; an actor, writer, director and international queen of cabaret. He has appeared in smash hit theatre and musical productions (Les Miserables, Hairpsray, The Lyin’ Queen), on television (The Very Trevor Ashley Show, Get Krackin’ ), and at the Sydney Gay and Lesbian Mardi Gras broadcast as a special guest star. This year, he will play the regular role of Dolly in the 7 Network’s RFDS.