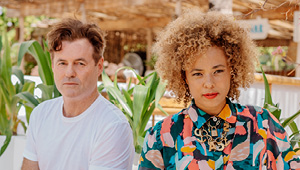 The groove that defined Sydney dancefloors returns as Sneaky Sound System light up the stage with their signature summer beats.

With a career that’s taken them around the world, to the top of the charts and multiple award wins, Sneaky Sound System have been a mainstay at clubs and festivals since core band members Miss Connie and Angus McDonald began making music together in 2004.

Led by the chart-topping smashes “UFO”, “Pictures” and “I Love It”, the band’s self-titled, multi-platinum 2006 debut won ARIA awards for Best Dance Release and Breakthrough Artist, while their 2008 follow-up hit number 1 and yielded the UK club smash “It’s Not My Problem”, and “I Will Be Here”, their 2009 team-up with Dutch superstar DJ Tiesto, took them to the top of the US and UK dance charts.

Recent club hits “We Belong”, a remix of “Pictures”, and UK fave “Can’t Help The Way That I Feel” have kept the dancefloor alive.

Amid the success, Connie collaborated with icons Jay-Z, Kanye West and Snoop Dogg, and starred as a guest mentor on Australia’s biggest TV show, The Voice.

And then of course there’s Sneaky Sundays, the beloved Sydney club night they’ve been running for over 15 years, a celebration of house music from slow-chugging disco burners to groove-laden techno stormers.

What better way to celebrate the sound of the harbour city in full summer bloom.