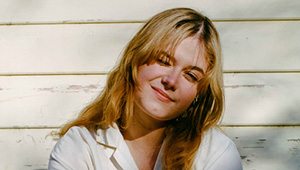 A rising star of Australian rock, Ruby Fields melds punk attitude and indie smarts to capture the buzz of youth. The singer-songwriter has had a rapid and well-deserved ascent since her track “Dinosaurs” became a breakout smash in 2018, landing in the top 10 of triple j’s Hottest 100 and racking up more than 12 million streams.

Hailing from the suburbs of Sydney’s South Coast, Ruby creates narratives that people feel a close connection to. Her combination of simple but poignant lyrics, buzzing indie rock chords and punk rock attitude has resonated with fans and critics alike, leading to multiple sold-out national tours, spots at Splendour in the Grass, a tour of the UK, and major label attention in the US. Fan favourite tracks like “P Plates” and “I Want” further cemented Ruby’s intimate connection to her audience.

With her upcoming debut album, written largely in her cliff-top farmhouse in a Sydney national park, currently in the works, Ruby is taking her passion for musical and self-exploration even further. Lead track “Pretty Grim” has already been championed by the likes of NME and Rolling Stone, heralding the next phase of her career as not only a notable musician and songwriter, but also as a complex individual with emotional duality.