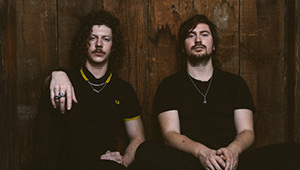 Globetrotting party starters Peking Duk keep the summer rolling with an epic DJ set drawing on their biggest bangers, influences and faves for a performance that’s sure to be one of the festival’s total blasts.

Peking Duk will be joined on stage by special guest vocalist SAYAH, the Sydney singer-songwriter known for her lush dark electro-soul flavours.

After catching the nation’s attention with their 2012 remix of Passion Pit’s “Take a Walk”, the duo scored a top ten hit with the double-platinum “Take Me Over” and reached the top five with “High”, a triple-platinum smash that earned them a 2014 ARIA Award.

In 2020, Peking Duk dropped the dreamy “Move” and “Nothing to Love About Love”, a collaborating with UK stars The Wombats.