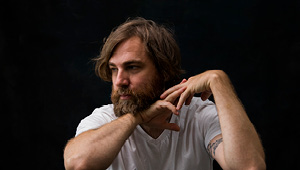 Pyke’s return to his music comes in the wake of an incredibly busy period pursuing other creative endeavours, including penning acclaimed children’s books and releasing a self-produced punk album under the name Sword Owl. This followed an intense three-year stretch in which Pyke released his highest-charting record, But For All These Shrinking Hearts, performed with the Sydney Symphony Orchestra – immortalised on the ARIA Award-winning Live At The Sydney Opera House album – and played some of the biggest local and international solo shows of his career.

With his work as an ambassador for APRA AMCOS, the Indigenous Literacy Foundation and the PPCA, as well as his own project for young musicians, The Josh Pyke Partnership, Pyke has endeavoured to not only raise funds and awareness for the arts, but to offer his insights and mentorship from his experience as a working musician.