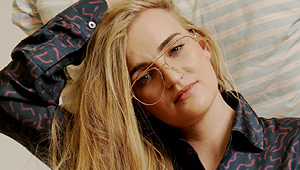 CANCELLED: G Flip has been cancelled due to unsafe weather conditions. Refunds will be issued automatically within 5-10 business days.

The Melbourne singer, singer, producer and multi-instrumentalist G Flip, born Georgia Flipo, fell in love with the drums as a kid and traveled the US as a touring drummer in her early 20s. In 2017, Georgia locked herself in her bedroom studio and taught herself how to write and produce her own songs, leading to her viral smash debut single “About You”, an addictive, bittersweet slice of shimmering pop that inhabited similar terrain to Grimes and Billie Eilish.

G Flip’s 2020 debut album About Us confirmed her as a major talent, producing the streaming hits and triple j faves “Drink Too Much” and “Killing My Time”, and seeing her win Best Australian Act at last year’s MTV Europe Music Awards. She has recently collaborated with Tones And I and Flume.

G Flip is the real thing: unfiltered, driven, and bursting out of her bedroom with ideas to burn.