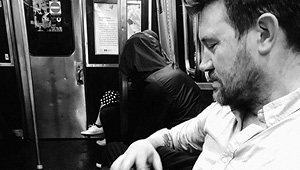 CANCELLED: Eddie Perfect - Introspective has been cancelled due to unsafe weather conditions. Refunds will be issued automatically within 5-10 business days.

Back home after a wildly successful run on Broadway in New York, where he wrote the Broadway musicals Beetlejuice and King Kong, prolific Australian composer, performer and comedian Eddie Perfect brings his new musical show to the Sunset Piazza stage.

Stripped back, intimate, and honest, Introspective takes a journey through personal and creative experience, with Eddie back on stage and at the piano, accompanied by violin and cello, performing songs and stories from Brunswick to Broadway.

One of Australia’s most diverse and prolific performers, Eddie Perfect’s success has encompassed stand-up comedy, acting, writing, theatre, and musical composition for the stage. He is widely known for his performance on TV’s Offspring, starring in Keating! The Musical, and for his breakout stage hit Shane Warne The Musical, which garnered rave reviews. He’s worked with Baz Luhrmann (Strictly Ballroom the Musical), the Melbourne Symphony Orchestra, and Opera Australia, and has spent the last two years living and working in New York, where he penned music for the smash hit, TONY-award nominated Beetlejuice the Musical.