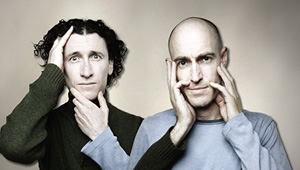 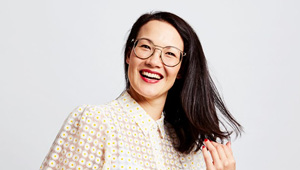 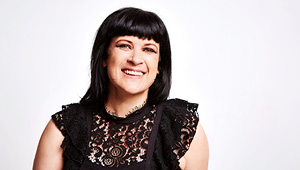 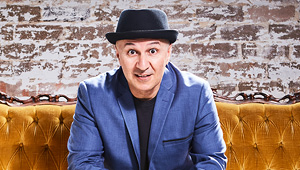 Since 1991, Logie and Emmy award-winning duo The Umbilical Brothers have delighted fans around the world, twisting theatrical rules and everyday situations into comedy triumph. “Australia’s hottest export since Vegemite” (Time Out New York) have traveled the entire comedy spectrum with their shows Don't Explain, Speedmouse and Heaven by Storm, performed for the Queen, appeared alongside Robin Williams, and launched the successful kids TV series The Upside Down Show.

One of Australia's most respected, successful and accomplished comics, Akmal’s career has spanned movies, sketch comedy, stand-up, TV and writing, where his Arab heritage steers his comedy to issues of religion, honesty, and hysterical looks at modern day life. Over a varied career, he has appeared on Rove, The Glasshouse and Thank God You're Here, and performed at prestigious comedy festivals in Adelaide, Melbourne, Vancouver, Montreal, Edinburgh and beyond.

After making it to the RAW Comedy finals and performing at the prestigious Just For Laughs Comedy Festival, rising stand-up star Lizzy Hoo debut her first solo shot, Hoo Am I? (What’s My Name) to sold-out audiences at the 2019 Melbourne Comedy Festival. The hit show saw Lizzy introduce herself to the world, discuss her Chinese Malaysian/Irish Australian mixed-race heritage, and explored Lizzy’s experiences growing up in suburban Brisbane, shark attacks, KeepCups, and dating white guys.

Actor and improv specialist Rebecca De Unamuno has performed extensively across stage, screen and radio. Her TV credits include The Glass House, The Chaser and Kath & Kim, and her voice-over work ranges from triple j’s Breakfast Show to George Miller’s Happy Feet 2. On stage, Rebecca has appeared everywhere from the Edinburgh Fringe Festival to the London Comedy Store and Melbourne International Comedy Festival, and she has shared the stage with Seinfeld’s Jason Alexander. Her solo show Kiss My Date won Pick of the Fringe at the Sydney Fringe Festival.

A comedian who celebrates the quirks of living in a multicultural society, Tahir is perhaps best loved for his breakout role as Habib on legendary sitcom Fat Pizza. He has also appeared on Housos, Swift and Swift Couriers, Rove Live and countless other shows, and was the creator of the Logie-nominated Here Come the Habibs.