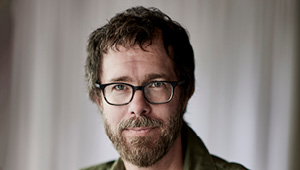 Multi-talented singer-songwriter, pianist and genre-bending composer Ben Folds makes his long-awaited return to the Sydney stage for a performance drawing on his eclectic career across piano pop, alternative, experimental and classical music.

Widely regarded as one of the major musical influencers of his generation, Folds’ decades-spanning career includes pop albums with the Ben Folds Five, multiple solo records, and collaborations, yielding such beloved songs as “Brick”, “Army”, “Rockin’ the Suburbs”, “You Don’t Know Me” and the perennial romantic staple, “The Luckiest”.

For over a decade he’s performed with some of the world’s greatest symphony orchestras, and currently serves as the first ever Artistic Advisor to the National Symphony Orchestra at the Kennedy Center.

Folds, who was on tour in Australia when the pandemic hit in early 2020, has been holed up in Sydney, writing new music for his next album, working on a TV series, and doing live streamed performances.

Don’t miss this chance to catch his long-awaited return to the live arena.