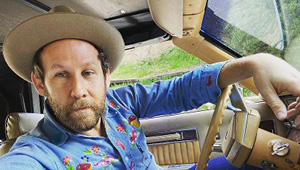 Ben’s career began as a teenager in the early 90s punk band Noise Addict, who were discovered by taste-making artists Sonic Youth and the Beastie Boys.

“Cigarettes Will Kill You”, from 1999’s Breathing Tornadoes, has become a modern Australian classic, while 2005’s Awake is the New Sleep brought Ben to worldwide attention, generating the double platinum, ARIA-winning alterna-hit “Catch My Disease” and the enduring “We’re All in this Together”, a song that has become an anthem of sorts for a troubled world over the past year.

Ben’s has also collaborated with many artists including Ben Folds, Zooey Deschanel, Neil Finn, Sarah Silverman and Lena Dunham. He is currently working on an animated children’s musical he co-created with author Tom Robbins.