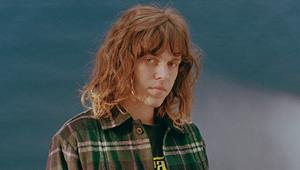 Blending hip-hop, folk and guitar-driven pop with breathless ease, Adelaide-born rapper turned recent rock ‘n’ roller Allday has captured the hearts of audiences across Australia and around the world.

Allday’s latest single, “After All This Time”, takes an unexpected turn for nostalgic, guitar-driven pop, summoning his childhood love for the Cure, the Pixies and Oasis and filtering it through his teenage affection for underground hip-hop.